Great companies are marked out not just by their bottom line, their products or their customer experience. The difference between good and great is defined by what they give back - to the communities and people that they serve and support.

Whilst Toshiba certainly scores three out of three on traditional measures of success, it’s also one of the great companies that understands the value of contribution outside the boardroom, the R&D labs and the customer meetings. For almost 20 years, Toshiba has been a major sponsor of the Variety Bash, with ‘Team Toshiba’ red branded cars travelling the length and breadth of Australia to raise millions of dollars to help children in need.

‘The Bash’ was started by Aussie entrepreneur Dick Smith in 1984, as a ‘drive in the outback with a few mates’. Its aim was to raise money, but also to be a great leveler, in which battlers and millionaires could take part, side by side on equal terms. Since then, the ‘few mates’ has grown into a contingent of 350 plus taking part each year.  Their cars must be over 30 years old, and, like the military, they leave no-one behind, all travelling together. Variety states that the event is ‘not a rally, not a race, not a competition’. It’s all about having fun, travelling through Australia and raising money. 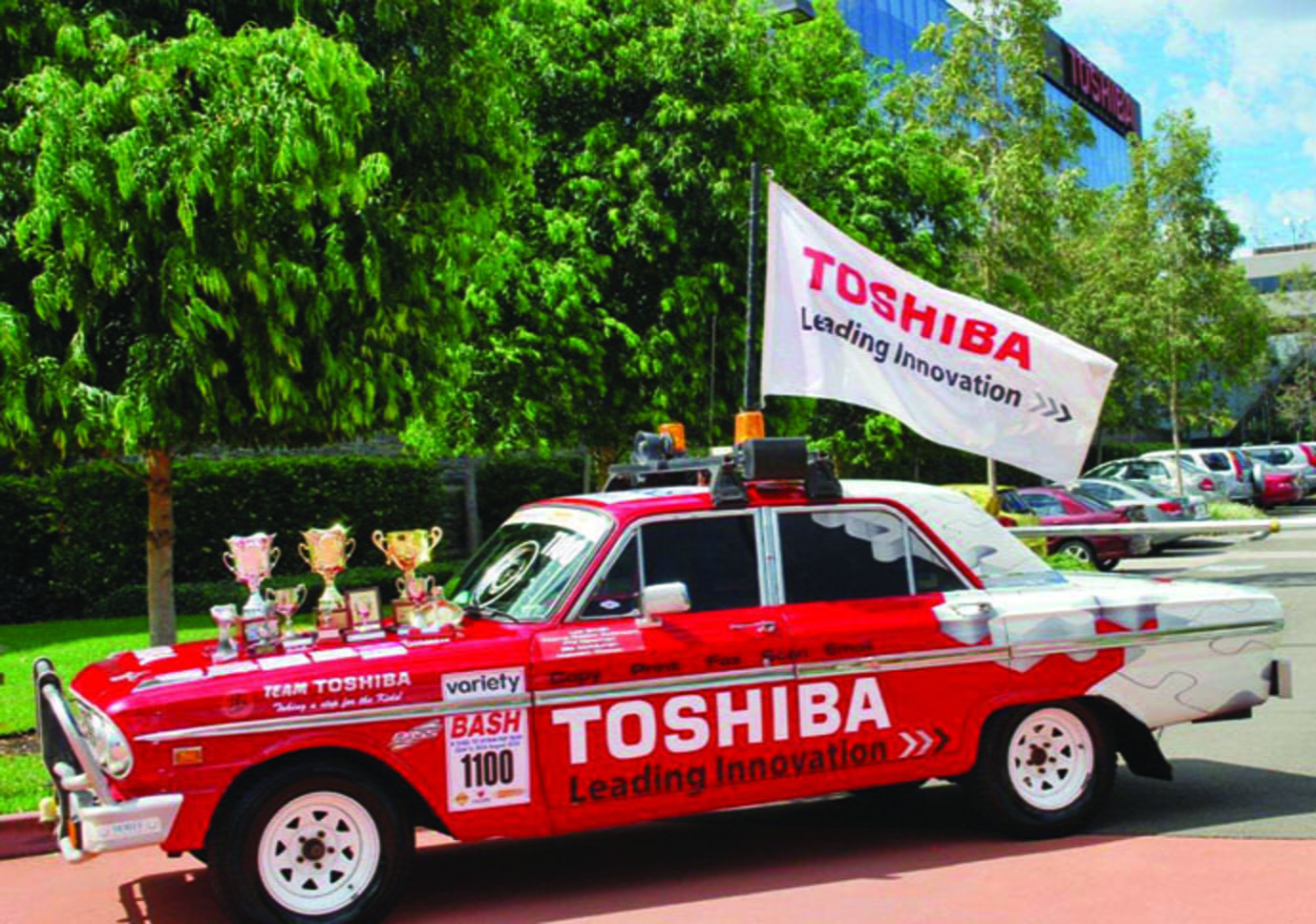 The Bash raises funds in two ways - teams pay an entry fee, and many fundraise for 11.5 months before the event, exceeding the minimum $8000 per car. The event also helps the local towns along the route, by bringing in up to $35,000 of trade and local fundraising opportunity for each overnight stay.

Toshiba and the Bash Toshiba’s involvement with The Bash was driven (pun fully intended) by recently retired long term employee Les Smith. “The involvement for Toshiba started, literally, on the day I joined the company, in 2002”, Les explains. “I had been taking part in The Bash for over 10 years by then, and when I went to North Ryde to sign my contract, I drove there in my team’s Bash Car, which was a bright hot pink.

My new manager came out to the carpark to see me off, and asked what he had to do to get Toshiba on the car! He gave me six large e-Studio stickers and a promise of $500 to Variety. By the following year, 1100 was the red car it is today, complete with Toshiba signage.”

Les and his team mates worked hard to raise funds for the Team Toshiba car, helped by a $100,000 donation from his employer. For several years, they were the highest corporate fundraiser.“We were pretty imaginative”, says Les. “One of our team members owned a chicken factory and added a small amount to the price of every chook that went out the doors.

We sold cherries and chicken products at Christmas, and held events at the Australian Brewery at Rouse Hill, with fairground attractions. Plenty of people were happy to donate to a good cause.” Having started with one car in 2003, Team Toshiba now has three vehicles sporting the Toshiba branding. A Ford Fairlane 1100, Holden HR 109 and Holden Kingswood 315, all in Holden Sting Red, with white signage. 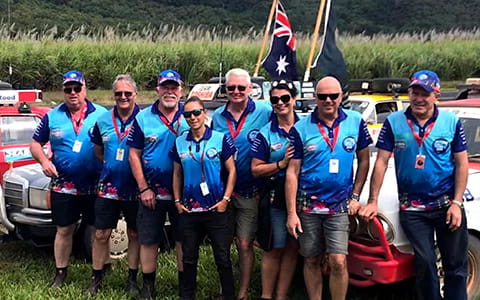 Les has personally been recognised for his sterling efforts in raising funds for Variety. As a participant in the Bash since 1991, and having participated in raising over $1,500,000, he was inducted into the Variety Hall of Fame in 2010.

“Variety, and particularly the Bash, is a part of my life”, says Les. “I participated every year from 1991 to 2017. The Bash usually coincides with my birthday, and there’s nothing like celebrating in the bush with 350 close friends!”

Due to the COVID-19 pandemic, the 2020 Variety Bash has been postponed, but Les is looking forward to getting back to the bush with his mates in 2021. For Toshiba, a conversation with a new employee in a car park turned into a long-term involvement with an amazing fundraising event, and the chance to show Australia that it’s not just about great technology, it’s all about giving back.

A passion for giving back 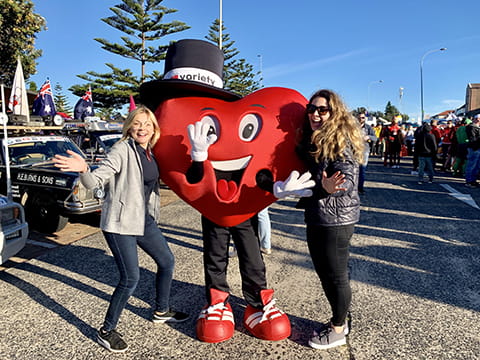 Les himself has now retired from his long-term management role at Toshiba, but as Bret Davies, General Manager of Toshiba Electronic Imaging Division states,“Les’ commitment for supporting the Variety initiative has also become our ongoing passion here at Toshiba as we continue to proudly support this wonderful cause.”