Industry: Not for Proﬁt 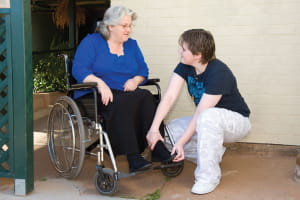 Carers ACT is the recognised and expert voice with and for family carers, as well as being the major provider of carer services and supports in the ACT. As a non government, not for proﬁt association Carers ACT relies on public and private sector support to fulﬁl its mission with and on behalf of carers.

The association operates with a budget of over $6 million with 23 programs providing support to over 5,000 carers each year, while its membership currently stands at over 3,500.

Carer support in the ACT has grown substantially in recent years with programs focused on information and advice, counselling, respite, support groups, and educational and social activities.

According to Carers ACT’s Executive Director Carer Services Ms Felicity Cotterill, any savings that can be found has been through Toshiba Australia’s Managed Print Service (MPS) - meaning more money can be directed into programs that beneﬁt carers.

Before Toshiba’s involvement with Carers ACT, Mr Umetskiy described how he had spent nearly twelve months dealing with various problems created by having a mixed fleet of printers.

“We had about eight or nine different brands and a variety of different models of printers. These were at different stages of their lifecycle. Issues continually arose in terms of purchasing the correct toners, cartridges and paper. Frequent breakdowns with the printers meant we had to call out different repairers which was very frustrating,” said Mr Umetskiy.

About a year ago Carers ACT started the process to seek one supplier to deliver a proper managed print solution for the organisation, through better technology and back up support.

“Our thinking was that if we could consolidate all our printing facilities with one supplier, then we should achieve more efficiency, negotiate competitive pricing and obtain the latest modern printers and multi-function devices. We spoke to three different suppliers about our requirements to replace our old system with a more modern arrangement. Each supplier approached the solution differently and it appeared that Toshiba’s Account Manager Goran Josifoski was able to develop the best solution”.

“Goran from Toshiba did an excellent job in auditing our print usage and then showed us where we could begin to make significant improvements in our printing efficiency, through a combination of Toshiba’s e-STUDIO multi-function devices (MFDs) and Lexmark desktop printers,” he said.

Another concern for Carers ACT was the transition from the existing way that the staff printed, to what would be a fully networked solution.

Ms Cotterill said that Toshiba set up a training schedule so that the staff could transition across to the new print environment.

“Our thinking was that if we could consolidate all our printing facilities with one supplier then we should achieve more efﬁciency, negotiate competitive pricing and obtain the latest modern printers and multi-function devices”

- Mr Umetskiy, Finance and IT Manager

Toshiba’s Managed Print Services were able to provide Carers ACT with a total print management solution. This consisted of 20 pieces of equipment including a range of Toshiba e-STUDIO colour MFDs.

“The Toshiba e-BRIDGE Re-RITE OCR software allows us to scan documents to many varieties of files such as Word, Excel and PDF. The Toshiba PaperCut software is a great monitoring tool for our printing expenses which is really critical to us. This PaperCut software tool allows us to accurately allocate costs directly to the appropriate cost centres. This has saved us an enormous amount of time and effort,” said Mr Umetiskiy.

Mr Umetskiy said that the Toshiba e-STUDIO MFDs allow them to now economically print large volumes of material rather than outsourcing to a printer.

“Simply put, we have the latest generation Toshiba e-STUDIO MFD technology that enables us to be more efficiant as well as save money over our previous situation”. 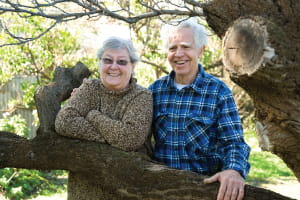 The biggest single benefit according to Mr Umetskiy is, the ease with which all the staff can use the new Toshiba print management system.

“The users no longer need to worry about what is the most efficient way of printing their documents or booklets. There is now a simple guide that allows them to select and then send the job from their desktop to the appropriate e-STUDIO MFD or, if its a small print job to the desktop printer. The Toshiba technology has saved us time, effort and money”.

Another benefit that Mr Umetskiy and Ms Cotterill both agree on is that the service from all the Toshiba people has been very professional.