Toshiba has announced that its pan-European Carbon Zero Scheme is an official partner to the United Nations’ (UN) Sustainable Development Goals (SDGs) and is now listed on its website. This significant achievement is the latest development in Toshiba Tec’s longstanding objective of reducing its environmental impact, as well as helping its customers lower their own carbon footprints.

In September 2015, 193 world leaders agreed to 17 universal goals consisting of 169 individual targets that frame their agendas and political policies until 2030 with the aim of ending poverty, protecting the planet, and ensuring prosperity for all. The Partnerships for SDGs online platform functions as a tool to inform all stakeholders on initiatives carried out by multi-stakeholder partnerships in support of SDGs and links progress of those initiatives to various follow up mechanisms of the 2030 Agenda. 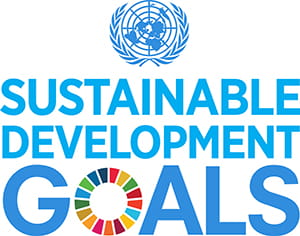 Responsible business and investment are considered essential to attain transformational change through the SDGs. For companies, successful implementation will strengthen the enabling environment for doing business and building markets around the world. At present more than 2,000 partnership initiatives and commitments are listed on the UN’s website, including Toshiba’s Carbon Zero Scheme.


Since its launch in 2009, Toshiba Carbon Zero Scheme offsets the carbon generated from parts procurement and manufacture of devices through to delivery to the customer, in cooperation with CO2balance, the leading global carbon management company. Toshiba Tec has reached the milestone to offset 500,000 tons of CO2e which its amount is equivalent to the annual emission from almost 110,000 European homes or keeping 11.5 million energy saving light bulbs switched on for a year.  All carbon emissions have been offset through projects that help benefit the lives of individuals in developing countries.

Initiatives include an energy efficient stoves project, in which villagers in Kenya reduce their use of wood for fuel through the provision of highly efficient stoves. Further projects currently underway include the creation of boreholes in Uganda that supply clean, safe water, as well as work on reducing deforestation in the Amazon rainforest in Brazil. The Carbon Zero Scheme therefore aligns itself perfectly with the SDGs relating to no poverty, zero hunger and clean water and sanitation.

In addition to the European Carbon Zero Scheme, Toshiba Tec is actively involved in similar initiatives across the world. These are one of the activities to achieve its environmental policy, the “Three Greens”: Greening of Products, Greening of Process, and Green Management.
Share
Share
Follow Us
Copyright © 2021 Toshiba Corporation. All Rights Reserved Toshiba Leading Innovation. Together Information